There's been bits of information floating around the internet over the last few days that System Center 2012 SP1 had gone RTM.

Like everything, people were sceptical as there was no official announcement, only a blog post on the DPM forums.

However, it had gone RTM internally and today saw it released to those with TechNet and MSDN subscriptions. 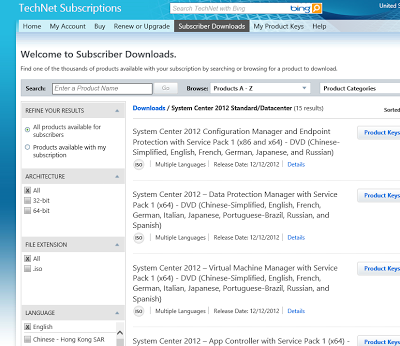 For those without TechNet or MSDN, chances are you will still have to wait another week or so until about the 3rd of January (rumoured)

Time to go update the lab!
Posted by Steve Beaumont at 18:17

Good article. In order to write such an article, you need to spend a lot of time. But you can save your time and write up writing articles or blogs with professional writers. Just ask "do my excel homework" a service in which you will be helped in this. They will write an article on any topic at very low prices.

Thank you for such detailed and useful information. It turns out it's very interesting! I work for a very reliable and creative company that provides such a service as writing essays for college students. Therefore, the best service for writing your essay for college can be found at the link https://top-papers.com/math-problems-writing-service/