Windows 8 Skype App to the Rescue!

Sweet... That about sums up my thoughts for the new Skype App.
Not that I've used it in anger or that I'm a long time Skype user, no.

In fact, before today, I've never used Skype.  Of course I had heard of it and was aware what it did, just that I've never had a need for it.

Until today.  Just hours after it being released I found myself on a conference call where the only available audio option was via dialling the states.
Say what?!?!?  Hang on, I'm on a mobile here in the UK, this is going to get expensive really quickly.

So knowing that Skype had just hit the store I quickly installed it (I love one click installs!) it used my Microsoft ID to single sign on (SSO) straight in, allowed me to dial a US Toll Free number as if I was in the states and then docked nicely to the side while I watched the presentation. 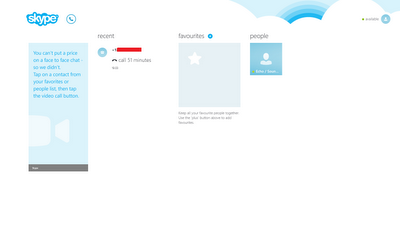 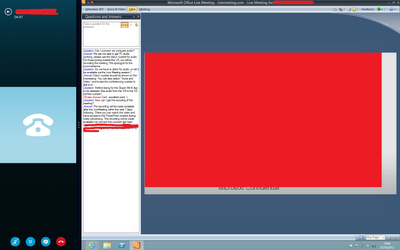 Skype App to the rescue!!  Now I'm hoping that it works nicely on my Surface RT (fingers crossed it does come tomorrow and not 2nd Nov...)
Posted by Steve Beaumont at 20:09 No comments:

The System Center 2012 Service Manager Cookbook went into the production phase today and should be available shortly to purchase in it's final version opposed to the RaW version that was available previously.

For now, enjoy the eye candy that is the final cover of the book with a spectacular view from the top of Europe. 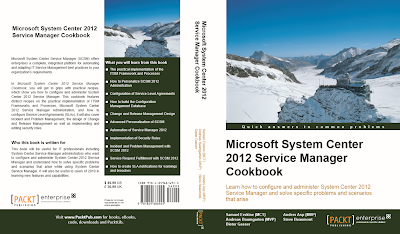 Posted by Steve Beaumont at 05:59 No comments:

While I'm waiting for the PackT publishers to spit and polish the Service Manager Cookbook I thought I would download another of their offerings.

So after digging through their library I settled on the System Center 2012 EndPoint Protection Cookbook by Andrew Plue.

Once I've read it or most of it I'll pop a little review online. 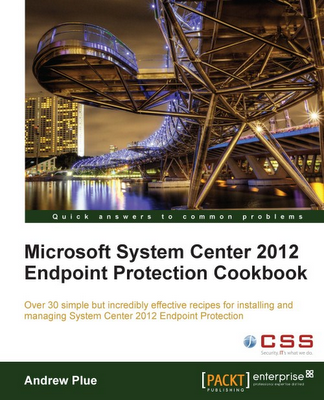 The book can be found for purchase here: http://www.packtpub.com/microsoft-system-center-2012-endpoint-protection-cookbook/book
Posted by Steve Beaumont at 18:17 2 comments:

After migrating my 2008 R2 cluster across to Server 2012 I was having problems adding in the cluster/hosts to SC2012 Virtual Machine Manager SP1.

The cluster could be discovered and imported fine, but a few minutes later would report back that it could no longer be managed.

It turns out that because on the rebuild I didn't make the hosts DC's (it's a testlab before someone comments on best practise!!) so the computer accounts got placed into an OU along with the normal servers that had a Group Policy applying some WinRM settings.
Unfortunately doing a winrm /qc or allowing VMM to check that WinRM is enabled doesn't set/check all the required settings are actually in place.

Having a look around I found the following TechNet forum post from Wes Kroesbergen who listed a registry key that's advisable to have set, plus the winrm commands to set all of the required settings.


Wrap the below into a batch file (you can't use these commands via PowerShell before you try), run it on your Hyper-V hosts and you're good to go!

Giddy as a kid in a sweet shop I migrated my testlab cluster to Server 2012, migrated my VM's across and installed System Center 2012 Virtual Machine Manager SP1 to manage it.

Straight away I ran into some slightly strange issues.

Looking on the Microsoft Connect site I found that someone called egilsk was having the same issues.

On the Hyper-V hosts run the following PowerShell commands

Once this has been run on your hosts, refreshing the VM's should work successfully and all of the missing/default hardware config should be updated and displayed.

It looks like this is to do with the hosts having the VM stuck in a temporary state, even if brought across as a planned import or migration.

The problem is now at least known about and should be fixed/handled in the next release of the Service Pack.
Posted by Steve Beaumont at 11:43 No comments: