Thanks to Aidan Finn posting about this, otherwise I would have missed it for a day or two, but the RTM downloads for System Center 2012 have popped up on the MVLS site.

Apparently the downloads are also on the TechNet and MSDN sites as well now.
Microsoft still haven't officially announced it's release, but it's always nice to get a head start ;) 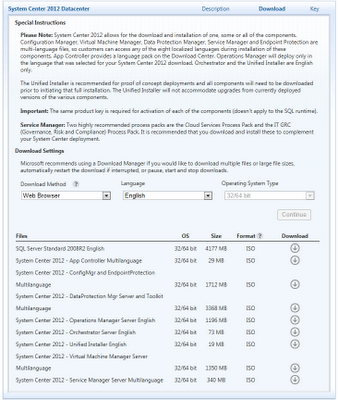 Just a little over 12Gb of new toys to download!!
Posted by Steve Beaumont at 10:05